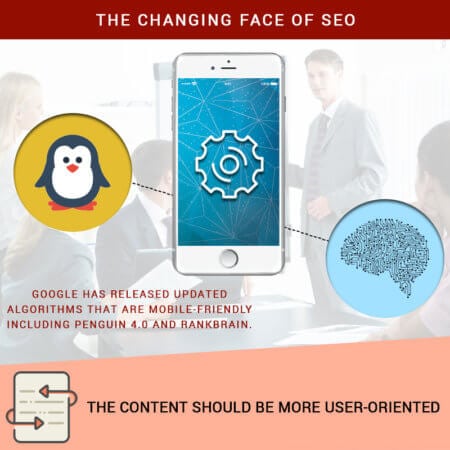 Many webmasters, web developers and designers don’t tire of iterating that SEO for all intents and purposes are now extinct. These pundits keep stressing on the demise of the search engine optimization vehicle because they might have some vested interests to serve. Keeping aside the personal interests of these specialists, there’s one good reason that they bank upon for making such a bold declaration. There are many websites and portals that aggressively pursue black hat SEO techniques in order to boost ranking. Even following traditional and/or obsolete online campaigning strategies for improving SERP position may not help either.

Since Google-indisputably the topnotch search engine in the world keeps on updating its algorithmic updates innumerable times throughout the year, you or rather your site risks getting demoted (in terms of ranking) and losing valuable traffic if you don’t keep track of update notifications. Regardless of whether you’re a webmaster, website owner or SEO strategist, what you need to realize is that competition for cornering a larger slice of the market pie is now more cut-throat in the online realm than in the actual world. The conventional search engine optimization approaches are not as effective as these ones used to be as the search engine landscape has undergone irreversible metamorphosis.

The demise of conventional SEO

Conventional SEO or search engine optimization (the stratagems) as it used to be is long dead. No matter what the SEO specialists or experts might have to say regarding coming up with a foolproof technique, you’ll stand yourself in good stead if you can come to terms with one grim fact.  And that fact is no approach or technique no matter how immaculate or impeccable that might be, will guarantee your site a better or improved ranking.

For long, a large number of webmasters and website promoters have believed that spinning content or tweaking meta-tags or H1s would go a long way in pushing up the rankings of their online platforms. Towards that end, the SEO doomsayers are right in asserting that the same is no more if your online campaigning modus operandi cannot at least ensure a positive outcome. Outmaneuvering or outwitting Google nowadays is neither as convenient as it once used to be nor attempting to do so is practicable or recommendable.

The evolution of Google algorithmic updates

Though Google has never been very dynamic when it came to tweaking or upgrading SEO algorithms, the search engine was compelled to sit up and take notice as an increasing number of smartphone users were not pleased with the appearance of web pages on their phones’ screens. For years, Google had been preoccupied with structuring/restructuring its algorithms like Panda or Penguin to suit websites basically developed for interfacing on desktops and PCs.

Only when the search engine realized that smartphone users would comprise a fair chunk of its total potential consumers, did it wake up from its slumber? Of late, Google has released updated algorithms that are mobile-friendly including Penguin 4.0 and RankBrain. These updates are instrumental in refining and fine-tuning search results that Google’s core algorithms processes. These updates instead of appraising an entire site focused more on evaluating individual webpage with respect to the rank.

In order to extract the maximum out of your SEO campaign in the present times, you’d need to put yourself into the shoes of the niche visitor or user whom you’d want to log into your site. After having attended to rendering your site search engine-friendly from the technical standpoint, you’d have to introspect deeply on how to make users stay a little longer on the platform. To say the last but not the least, the content should be more user-oriented rather than being Google compliant.