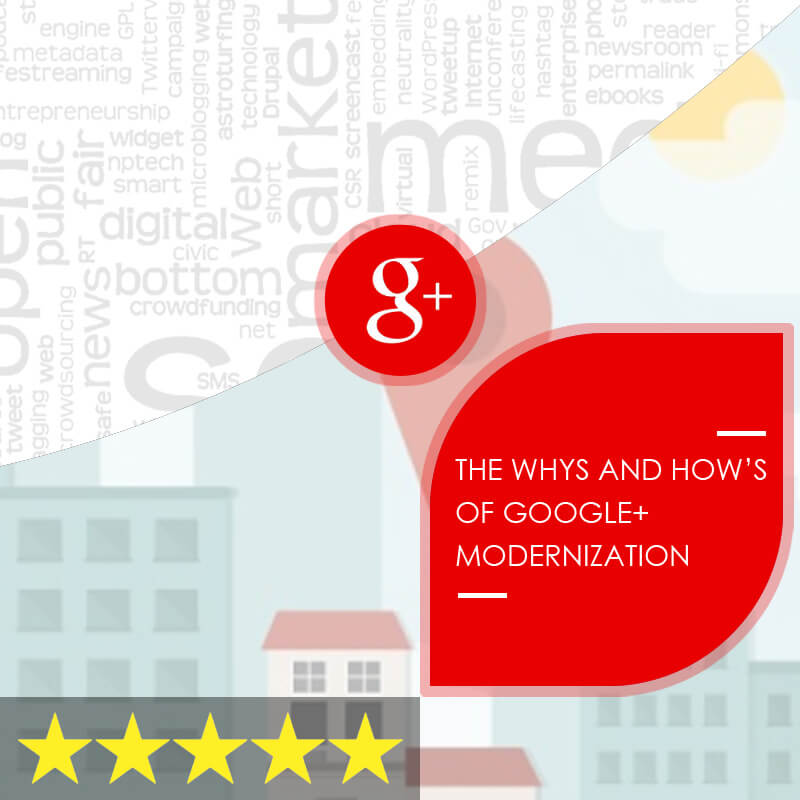 Recently, Google has decided to seemingly ‘do away with’ it’s prominent online Google Search and Review features based around smaller, or local businesses. Unfortunately, such a change would be deemed as a disadvantage since it had the potential to generate new traffic to business websites and their local stores or products—often via SEO based search results.

However, Google argues quite the contrary, stating that such features were, or are already readily available online via other websites—seemingly making the argument that they are less interested in a Yelp-like interface and more so interested in just socially connecting users and local businesses.

Why Google Changed its Platform for local businesses

As stated above, it seems Google decided they not only weren’t getting enough feedback/reviews for local businesses, but also a lack of updating accurate contact or location information contributed to the total decision to do away with such features—as local SEO open channels seemed to fail or go underutilized. Now, Google and its platform Google+ seemingly strive to simply connect users and local businesses without the added ‘bulk’.

In reality it’s a fair assumption, considering big name companies like Yelp were and still are readily available for reviewing businesses and providing up to date numbers, email addresses, websites, and reviews. In fact, considering Yelp was already around far before Google+ implemented it’s similar platform, one might speculate that Google has the intentions of buying out big name (local) business review websites as it has in the past for an ‘upper-hand’ in the marketing, social networking, and overall local business advertising world.

Google’s theory on these changes seem very unclear to local business owners, and if anything, seemingly runs the risk of jeopardizing reliable feedback systems and company contact information. In fact, plenty of local business owners had already taken the time and applied the effort necessary to grow their businesses description (via SEO methods), add images, contact details, and manage or reply to business reviews.

Although Google promises to provide a more practical and purposeful system through Google+ and connecting local businesses with users, it’s current system seems to come short of actually doing so.

However, with 2016 right around the corner, we never know what Google might have in mind for the future of connecting local businesses and prospective customers!

The Future of Marketing Local Businesses

Google has most recently implemented two new communities and platforms; one called Collections and the other literally called Communities, both being based on SEO or local SEO methodology to attract organic traffic. These platforms are in place to connect individuals with common interests—going above and beyond through marketing, and arguably ensure that they are reasonably matched with local and international businesses that best suit their needs.

Why, however, Google decided to deduce the features of Review/Feedback for each local company or business is still something worth pondering. Besides, even if users were relying heavily on Yelp and other similar platforms, there’s no argument that many were also using Google and Google+ to connect—but, perhaps for Google’s standards it just wasn’t enough.

In the midst of all the recent changes, confusion, and frustration, Google has promised to make purpose of the changes it’s applied and offer local businesses new methods for attracting business in a variety of ways—whether or not and to what extent “older” methods such as SEO will be used however is considerably still up in the air.

While some might disagree with the changes, Google research and statistics has shown that upwards of 60% of consumers solely used Google to locate the address-only of a local business, and did not spend any substantial amount—if any—of time on actually researching the local business via its website or current reviews, nor Google+ contact details.

While we can’t realistically argue or control how Google does business, we definitely can decide whether or not we will do business with them in the future, and if so how. Google has a strong reputation for marketing success and ROI’s (Return of Investment) for businesses globally, so we’re willing to ride this one out and see what Google (+) has in store for us!