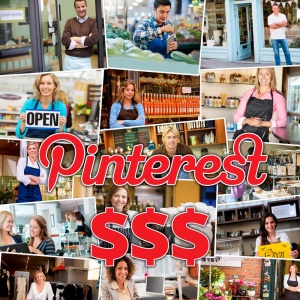 Local businesses are always looking for different ways to compete with the larger corporations, but thinking outside of the box isn’t exactly their forte in most cases. Local businesses usually rely on the word of mouth that spreads throughout the city to bring them their business, but what about social media platforms like Pinterest? Pinterest is one of the larger sites out there that’s completely dedicated to the social networking of people, and when it comes to online marketing a local business might be able to use this site to their advantage (and that’s in more than one way).

Pinterest has had a very, very large increase in the amount of users on the site, as it has well over 19 million users currently signed up. That means that there are 19 million potential customers you can try and market towards, but the only way you’re going to succeed is if you know how Pinterest works. Most users on these types of networks are fakes that are there for the sole purpose of follower selling, which is an act that some online marketers take part in as a means of income. Pinterest is a bit different, as users of the site had spent about 89 minutes during the month of January, which is much better than Twitter or Facebook. A large network isn’t always going to result in money, but an active one is almost a guarantee.

The demographic is pretty much made up of young and energetic females, and we all know that females absolutely love to shop online. Relationships and clothes or recipes are topics that pop up quite frequently on Pinterest, and women actually make up well over half of the users currently on Pinterest (believe it or not they come out on top at 65%). The average person using Pinterest was seen as being around the age of 32, as well as being either married or in a major relationship in one way or another. The future is very bright for this social media network, so hopping on this train before it really gets rolling might be a great idea for a local business. You can use the same marketing tactics you’ve been using for years, all you’ve got to do is apply them to an online state of mind.

It isn’t easy trying to get a grip on new things, and if you’re a local business that relies on social commerce trying to work with Pinterest may result in a few frustrating days. Marketing isn’t an easy industry to be a part of, there’s going to be great days and there’s going to be bad days, as long as you’re willing to prosper over everything else you should be completely fine. The money is there, you just have to make an effort to actually produce some sort of income through Pinterest. The first time is always the toughest, so once you’ve manage it twice or so you should become an expert.